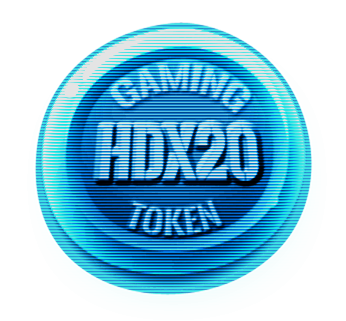 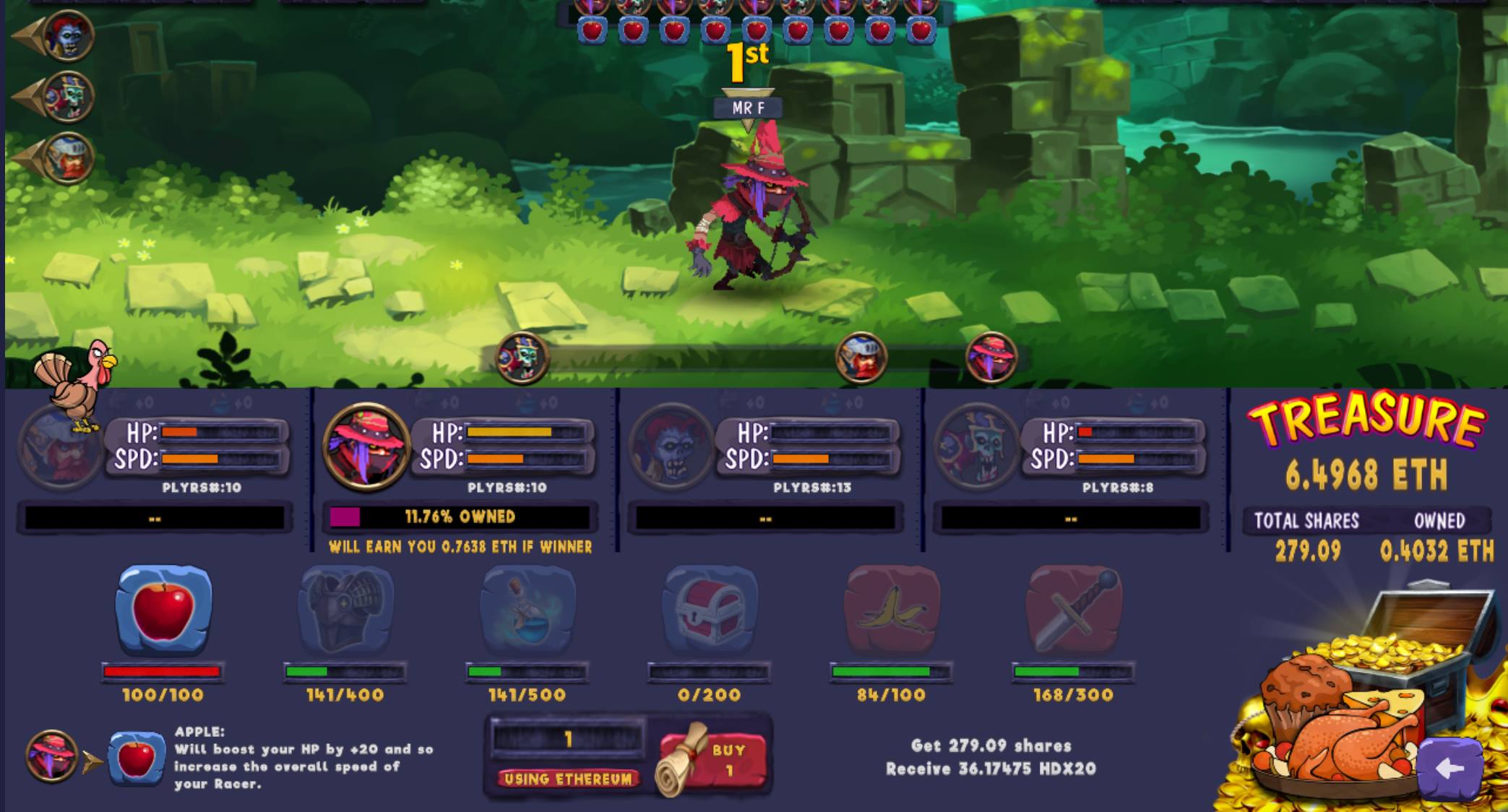 Today we would like to outline about a different way a player could play and potentially win some Ethereum on EtherKnight @ https://etherknightgame.io, if you are following the game, you would know that MR-F (Racer with Red Hat) is currently in a very good position to win that round, if you believe strongly that he will win, you could take advantage of that situation…. As seen on the screenshot below, if we were to play 1 ETH on that racer, we will get right away 279.09 shares for an owned value of 0.4032 ETH (paid no matter who is the winner) and an expectancy of winning 0.7638 if MR-F is indeed the winner by the end of the race, if you add the 2 values it is 1.167 ETH or 16% potential gain, not including the extra 5% also received instantly on HDX20 token in your account every time you play. Of course there is no 100% certainty that MR-F will be the winner and some might take more shares on the way but it is a possible different way of playing the game without requiring a lot of Ethereum to win something. There is a competition to be the winner of course to get the treasure, but also a competition inside the competition to take over the most % of the potential winner^^
ETHERKNIGHT @ https://etherknightgame.io  is our first Ethereum BlockChain webgl desktop browser game, play, have fun and win some real Ethereum!

ABOUT THE GAME :
4 Knight Characters racing against each other to be the first to reach the goal and win the pot of gold.

The Race will start after at least 1 player has bought shares of any Knight Racer then for every new item activated a 24H countdown will reset. At the end of the countdown, the players on the first Racer will share the Treasure and everybody else will receive their payout (no one is leaving the table without values). In addition, when you buy shares of your favorite Racer 5% of the price will buy you HDX20 Token earning you Ethereum from the volume of any HDX20 POWERED GAMES (visit https://hdx20.io/ for details). Please remember, at every new buy, the price of the share is increasing a little and so will be your payout even if you are not the winner, buying shares at the beginning of the race is highly advised.

PAYOUTS DISTRIBUTION:
.60% to the winners of the race distributed proportionally to their shares.
.10% to the community of HDX20 gamers/holders distributed as price appreciation.
.5% to developer for running, developing and expanding the platform.
.25% for provisioning the TREASURE for the next Race.

‘We are a gaming and entertainment network our blockChain launch product is HDX20 (https://hdx20.io)’

We have designed a vault where your HDX20 value while still indexed on the Ethereum Price will appreciate automatically over time.