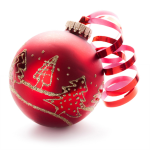 To celebrate the opening of the holiday season HyperDevbox is announcing a special price on all titles available for Android and iOS.
Right now (December 21st 2014), until January 1st 2015 , you can capture all your favorite titles for 45% off or more. Including the latest release by HyperDevbox, Record of Agarest War Zero.