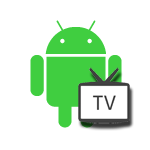 It’s back to the future for Tokyo-based gaming studio HyperDevbox, but now on your Big TV Screen. ExZeus 2, the sequel to ExZeus Arcade, the fast-paced 3D shooting, takes the player to the next level of action and excitement, introducing stunning new graphics and a new style of gameplay at 60 fps that should impress even the most jaded gamer.

“After the release of INDY500 Arcade Racing and Record of Agarest War for AndroidTV, We are glad to pursue strongly our commitment to the latest Google platform with the release today of ExZeus 2 for your Big TV Screen” says HyperDevbox founder and CEO Carlo Perconti.