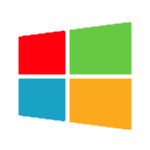 It’s back to the future for Tokyo-based gaming studio HyperDevbox, which returns to its action arcade roots with ExZeus 2, the sequel to ExZeus Arcade, the fast-paced 3D shooting game that originally made the company popular. ExZeus 2 for Xbox Live on Windows Phone 8 takes the game to the next level of action and excitement, introducing stunning new graphics and a new style of gameplay that should impress even the most jaded gamer.