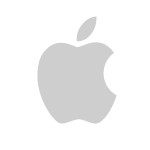 We are proud to announces that the massively popular tactical role-playing game (RPG) for home video game consoles, Record of Agarest War Zero, is now available on iOS.